When Build-A-Bear Taught Me About Grace 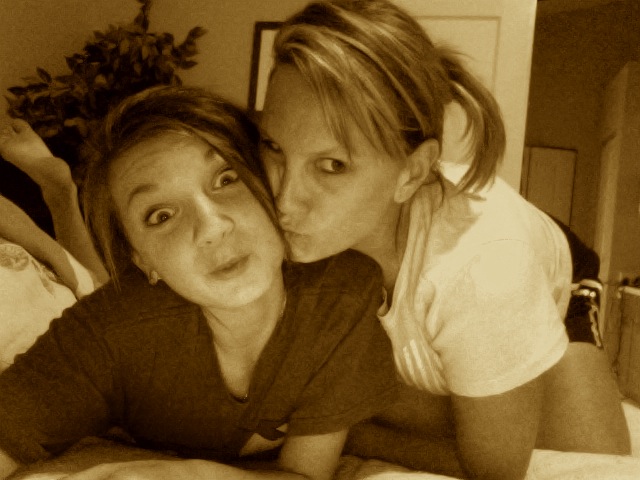 Last year I applied for my first credit card. It took me a grand total of 3 months to learn the “credit cards don’t mean free money” lesson. After a humbling, teary-eyed phone call to my dad, the card has since been retired to live in my bedside table, only to be taken out for emergencies. But, believe it or not, this isn’t the first time I’ve been brought to tears from financial debt. I got my first “credit lesson” at the ripe age of 10 years old.

My older sister is seven years older than me. Needless to say, she had a cell phone for a long time, while I was “still too young to have one.” But, that all changed when I turned 10, and my Nana got me one for my birthday. My mom still thought I was too young, but thankfully she allowed me to keep my most prized present. Much like the arrangement they had with my sister, we could have our cell phones if we agreed to pay $25 a month towards the payment.

My parents placed a lot of importance on responsibility, including financial responsibility. At the beginning of every month, they deposited $75 into each of our accounts (we had debit cards attached to their account) for us to spend as we pleased, so long as we did our weekly chores. They said they would still cover food, basic school clothing, shelter, and any school needs, but we had to buy everything else we wanted or activities we did. Meaning, anytime we went out to eat with friends, movies, mall trips, etc. we would have to spend our own money. Essentially we were still spending our parent’s money, we just had to use it out of our budget, rather than just asking for money anytime we wanted to go somewhere, do somthing or wanted a new pair of shoes. This made us evaluate everything we chose to spend money on. It’s easy to “need” the new Kelly Clarkson album when you just throw it in your mom’s shopping cart, but when you’re down to 30 bucks to spend for the rest of the month, you think twice about how important a daily jam to “Miss Independent” is. (Note: the jam sesh was in fact determined to be very important and the album was bought, but I did think twice about it.)

If you’re thinking that my parents were crazy for giving me a card with access to their bank account as a 5th grader… well they kind of were…but they also gave me a serious sit-down training on how to use it, how to check my account balance, and scared me to death about the consequences of over-drafting. Also, I’m pretty sure my mom kept it in her purse until I was in middle school, because where would I go to shop without her anyways? But as you can imagine, as a 10 year old, the novelty began to wear off and I got more comfortable spending “my” money, and became less fearful of over spending.

Now to where the lesson happens. One afternoon, we had a girl’s day at the mall and I was so excited because they’d just opened a Build-a Bear. I thought it was the COOLEST thing ever. So while my mom and Nana were in Nordstrom, I begged Haley to walk with me down to Build-a-Bear (little did we know we would spend much of our adult lives begging to stay in Nordstrom). I remember mainly obsessing over all the different outfit options for the bears. The only issue was it was the end of the month, and I only had about $15 in my account… but sadly, that did not stop me. The tiny stuffed animal sized jean skirts and butterfly tank tops were just too much for my 10 year old fashionista self. I went to town in that Build-a-Bear store, and if you’re a mom of kids, you know Build-a-Bear prices are no joke. I think those bear clothes cost more than the outfit I currently have on. I probably spent my next 3 months of allowances in that trip.

A few days later, the dreaded “over-draft” notice came in the mail, with my account number right on the top. CarCar is the mailbox checker in our house, aside from May and October (mine & Haley’s birth months; for some reason we had little more motivation to check the mail everyday those months). So when she saw my overdraft notice, she went online to see just how much I’d spent. Later that night, she calmly called me into her room, although she did use my first AND middle name. Shaking like crazy, I walked in, and she was sitting on her bed with a piece of paper and pen in hand. She started writing out numbers…

And remember that $25 a month cell phone bill? Well, let’s just say I was more than a few months behind.

And of course, she wrapped it with my what-felt-like-a-million-dollar-but-best-dressed-build-a-bear.

I will never forget how seemingly long it took for her to write out and add up all of those numbers. It was probably two minutes, but it felt like two hours.

I don’t remember the exact total, but it was close to $400!! She drew a giant circle around the number and looked up at me. This was the conversation:

Mom: “Sweetheart, you owe mommy and daddy a huge debt. A debt you cannot pay. But because we love you, we are cancelling your debt. You don’t owe us this money anymore. Accept the gift and be grateful.”

She wrote a big X though the total, and then she ripped up the paper.

My face became stark white and my eyes welled up with tears. I was prepared for my mom to get angry with me, tell me how big of a mistake I’d made and how irresponsible I’d been. I was prepared for a list of chores to complete that night and to be put on restriction for months.

I was so confused. She then told me, “Abbey, I wish you’d been more responsible and listened more carefully to our instructions. For sure, you have disobeyed. But, I forgive you. I will cover your bill. I am cancelling your debt. You are debt free.”

I asked her why she was doing that for me.

And that’s when she explained GRACE.

She said we all have debts that are even bigger than $400! My mom went on to explain: “Abbey, here’s the real reason why I’m doing this today. Easter is in a few weeks. And this is what Easter is all about. God sent His only Son, Jesus, to cancel our debt. A debt we could not pay. Jesus cancelled our debt by dying on the cross. His cancelling our debt is a gift that He offers us. But you have to accept it. I want you to truly understand this.”

My world was rocked. With that “X,” it was the first time I really comprehended forgiveness, grace, and freedom, or at least as much as a 10 year old could. 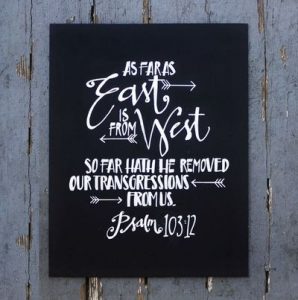 Now 19, and on my own in college, I know I am forgiven, but I still struggle from time to time with trying to “un-do grace” or remove the nails from the Cross, as if what Jesus did wasn’t enough. I find myself believing the lie that I still have to face the consequences of all my sin. I then think of the teary-eyed 10 year old me that so graciously accepted GRACE from my mom that day, because I had no other choice but to. I am so grateful I have a tangible moment I can go back to, and say, “Yes, this is the day I truly learned about GRACE!” I want to remember (and know!) and be so overwhelmed with the impact of my cancelled debt (death). Of course, we do at times have to face earthly consequences for our sins. But from an eternal perspective, He has done enough. We can never “out sin” his love and forgiveness for us. While this might not have been a great lesson in financially responsibility, that night on my Mom’s bed, will stick with me for the rest of my life. 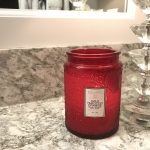 All that glitters is gold! 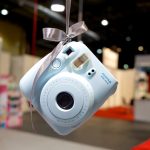 I have tears flowing down my checks as I ponder my journey ahead as the Mom of a six and five year old?? Oh Abba Daddy, please help me remember this representation of GRACE!! Abbey, thank you so much for enlightening both my faith and parent journey!! Blessings!!

Thank you so much for your kind words and taking the time to read! Praying for you and your sweet babes!

Wow, wow, wow! Such insight! Thanks for sharing Abbey (and give yourself a big ol hug Car, you’ve got to be bursting with Mama pride!) Grace: God’s Riches At Christ’s Expense

Ah Mrs. Marti! Thank you for reading!! Love and miss you!

I love you SO SO much!

What a beautiful way to explain to your child about Grace. Thank you for charing. . I will definitely keep this one mind for my little one…

Sweet Abbey…For so many years I have heard your Mom speak so lovingly about you and your sister through the Morning Cruise hours of The Joy FM. She’s an amazing Mom and gives out love and grace to all who she meets and knows even only slightly. I can tell by your beautiful words, you and your Mom share the same kind of love. Jesus shines through your words written from your heart. I am so proud of you. All my best for your college years. May God walk with you at your side and continue To Bless you in all your days ahead. XO Linda King

Thank you so much for your sweet words! And I agree and my momma! I always say that everyone who knows her is better because of it. and thank you for reading! 🙂