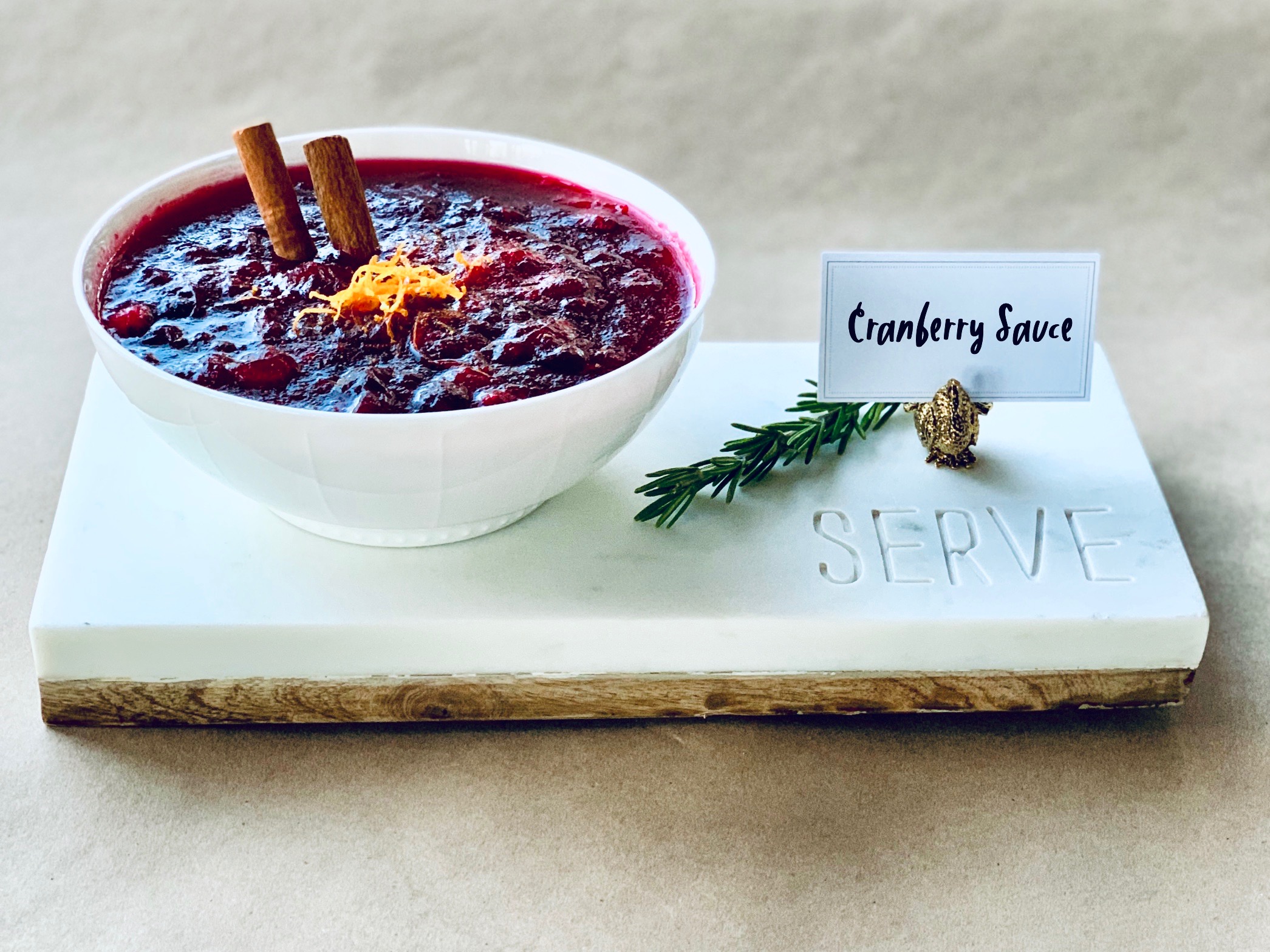 When it comes to cranberry sauce there are two types of people in the world. Those that like it. And those that don’t. In my family, Pete & Abbey are in the “Yes, please” camp. And Haley & I are in the “No, thank you!” As a matter of fact, since I’ve never been a fan of {essentially} cranberry jelly, Pete will go and buy the two cans of Oceanspray Cranberry Sauce himself. One jellied. One berry {or whatever it is!} He knows this will not make my Thanksgiving grocery list.

A few weeks ago, my girlfriend Tammi was in town to film several segments of our upcoming TMC Friendsgiving week. While prepping, the cranberry debate came up. When she learned I’d only ever had canned cranberry sauce, she was appalled. Next thing you know, we’re making homemade, stove top cranberry sauce in my kitchen. Yes, with a fresh bag of cranberries and cinnamon sticks!

Y’all, let me tell you, I have OFFICIALLY jumped on the cranberry sauce train. It was so good I was straight up eating it by the spoon. And it was SO easy.  {Well, Tammi is the one who made it!} This will definitely become a staple on my Thanksgiving menu. 100%.

*one variation: I prefer the sauce a bit more tart, while Tammi prefers hers a little more sweet, so you can slowly add the sugar to your liking. 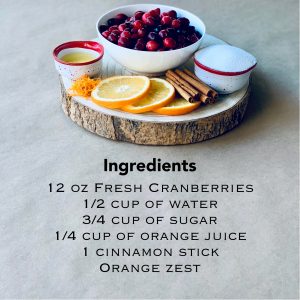 -Combine sugar, orange juice, and water in a medium saucepan over medium-high heat.
-Stir to combine and bring to a boil.
-Add cranberries, cinnamon stick, and zest. Bring to a simmer, stirring frequently.
-Cook until all, or most, of the cranberries have popped (around 10 minutes).
-Let cool for at least 30 minutes.
-Cover and refrigerate until ready to use.
-Garnish with grated cinnamon and orange zest.

*Can be made two days in advance. 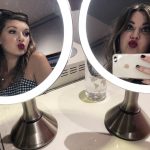 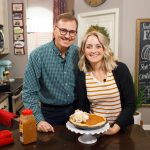 Oh my goodness I always wanted to make fresh cranberry sauce but I didn’t like the recipes on the web! But I love this one and when I make it I will post on Carmen’s Instagram page! I love love the joy! Thank you cuz I was debating what to bring to my neighbors house cuz I will be alone w/no family & a very small budget! Happy holidays y’all at the Joy! 🐾🦋🎤🎹🎧🎶🎼🎵

We use apple juice, instead of the water … some add a sliced apples … it reduces when cooking. Thanks for the recipe!

I make mine with a bag of fresh cranberries, xylitol, a can of mandarin oranges, pecan pieces, & a cut up apple. The only sugar is in the fruit.

Any suggestions for diabetics that cannot eat sugar?

As I am finishing up simmering the sauce, just want to note that, after the cranberries go in, you should keep it boiling for a bit to get the cranberries popping. Then after a few minutes, simmer. Looking and smelling great! Thanks!

Carmen – I heard you mention having this for Easter and it was said that cranberries aren’t “in season” at Easter — welllll — buy them NOW — and FREEZE them! You can either freeze them exactly as you buy them (right in the bag and into the freezer) or you can wash and pick them over – drain/dry them thoroughly (just let them sit in strainer for 24hrs) and then put them back in the bag they came in and put a clip at the top and freeze them!! I do this all the time so that I have them throughout the year!!!!!!!!!!

I have always made fresh cranberry sauce but never with cinnamon or lemon zest, I am so looking forward to this, thanks Carmen. I heard you talking about the recipe and just had to look……and making it today, less to do tomorrow!!!!!