What I learned from Katrina. 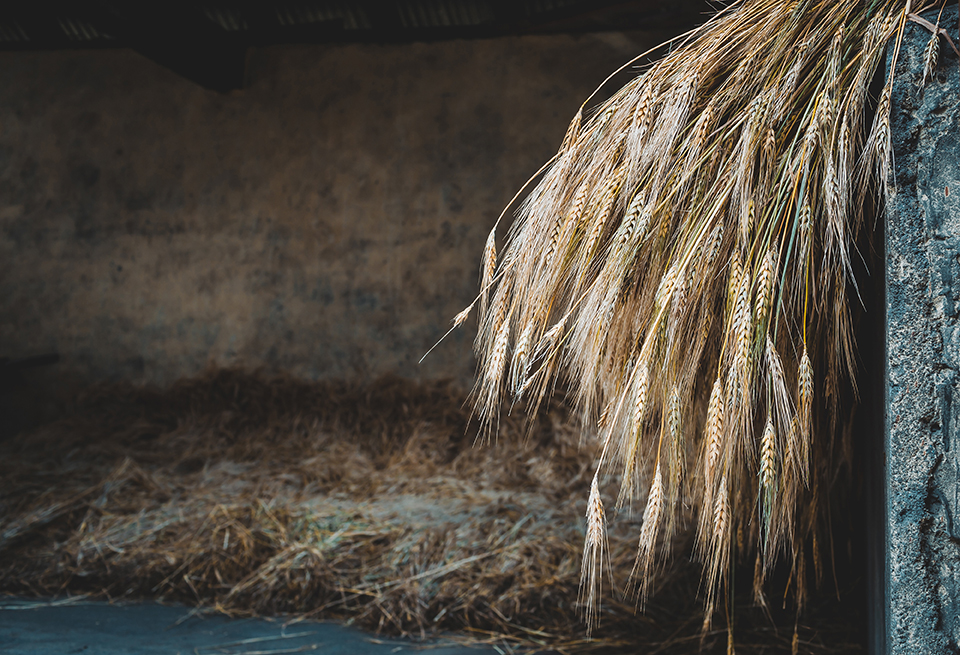 What I learned during Katrina. Yes, I mean Katrina.

Before Katrina, I was the girl who watched a natural disaster on television and then ran to my closet to see what I could donate. After that I’d look in my pantry, pull out the cans of beans that were left over from last year’s soup season, and then after that – still on my good-hearted, well-meaning quest – I’d rummage through other things I’d been meaning to take to Goodwill. I absolutely shudder even writing this now. I’m just being straight up with you.

But then Katrina happened.

Right after Katrina, our listening family rallied together and did a gift card drive. It was amazing. We collected tens of thousands of dollars worth of gift cards and even had a private pilot, Don, offer to fly us directly to the hardest hit area in his plane to hand-deliver the cards. 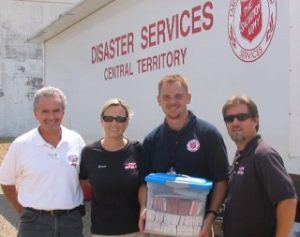 We left Tampa early one morning and made our way to Biloxi, one of the devastated “victims” of Katrina’s destruction. When we landed, a sweet guy from the Salvation Army picked us up in his Ford F350.

He drove us around and showed us the damage. It was a war zone. Traffic lights were non-existent which, as crazy as it sounds, was not a problem because no one was there! I’m talking zero signs of life. Several big, offshore casinos the size of a Carnival Cruise Ship had been picked up by the storm and set down on the OTHER SIDE OF THE STREET. Not the water side! The land side. Across the road. 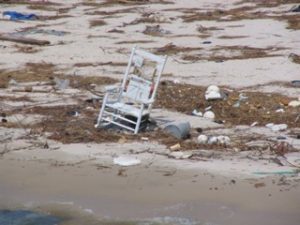 But…. even with all of this ruin and desolation, the thing I saw that hit me the hardest was a consistent series of red X’s on homes.

These were FEMA markings. The red X’s were spray painted on the houses. In each quadrant of the X, the markings represented such things as the date the house was inspected, whether or not the gas line was still intact, and any other pertinent information that was needed about the home. That was efficient. But in the bottom quadrant was a number. This number represented how many people had been found dead in the home. It was chilling. We passed so many homes with a “2,” “4,” “8.” I remember the highest number I saw being a “9.” I wanted to cry. And when we passed one that said “0,” I cheered inside! 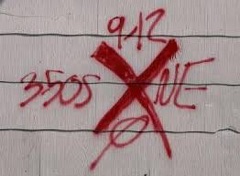 We made our way to the Salvation Army’s (makeshift) Community Center. It was a huge field set up with hundreds of tents. Some tents were medical. Some contained personal hygiene items. Others were for water. Still others were for clothing, shoes, blankets and such.

I talked to many families there. Their eyes spoke a mix of desperation and gratitude. Happy to be alive, but desperate and exhausted and unsure of what the next days, weeks, and even years would look like. They were totally displaced, having lost every single thing they owned.

After spending a few hours at the Community Center, our host took us back to the Salvation Army warehouse. Imagine with me a warehouse the size of a football field. Enclose this football field, and that was the size of the building. (Maybe even bigger!) He walked us in and said, “Now I want to show you the other job that tragedies bring us.” I wasn’t sure what he meant, but he explained. As we walked though the warehouse, we saw broken baby cribs that only “needed a spindle here and there.” Hundreds of grills that “just needed a little work.” There were tons of other things. Tables, some with chairs, some without. Mattresses with stains. Couches that looked like they’d been taken from the back of a frat house. And garbage bags on top of garbage bags on top of garbage bags full of clothes and shoes that needed to be sorted, inspected, washed, and potentially distributed. Or discarded.

What did all this landfill stuff mean? Someone cared! But, what did it really mean? The unintentional message was, “I care enough to de-clutter, but not quite enough to cost me something.”

Bob said, “We can either help the people or we can sort and fix and wash and determine how ‘gently used’ things are. We can’t do both.” He went on to say that they graciously accepted all donations, but then they brought them here to sit until they could get around to all the sorting, and that could be months from then.

He shared with us that he, too, once had the same well-intentioned but misguided mentality about helping. That was before he started working in Disaster Relief. And it was then, he said, that God gave him this verse from 1 Chronicles 21:24:

But King David replied to Araunah, “No, I insist on buying it for the full price. I will not take what is yours and give it to the Lord. I will not present burnt offerings that have cost me nothing!”

Note the last line, “I will not (give offerings) that have cost me nothing!” That was David’s response to a gracious offer from a sincere person (Araunah) who wanted to help in a dire situation by giving away some of his land. Why did David refuse? He recognized the difference between a response that would be cheap and easy for him and one that would be hard and costly and effective. So he paid full price (the equivalent of over $200,000 today).

I think the whole reason we want to help is sincere! We love Jesus, and as believers we are drawn to those in need. We are to love others as we love ourselves! We are compelled to do this. We WANT to do this! So we jump on the need with our surplus, without really considering the cost.

Let’s really think about what that looks like. What are we really communicating? I love you enough to give you what I really didn’t want anymore anyway?

Instead of getting into all of the “buts & asterisks,” and there are many—please hear my heart. I am looking more at the spirit of the law rather than the letter of the law, so to speak. Speaking only for myself, I wanted to help, but I didn’t want to help sacrificially! I wanted to re-allocate my Goodwill run to Katrina, or tornado victims, or a family that had just lost everything they owned to a house fire.

Think about it. If you have lost absolutely everything, and someone brings you a gift, do you want to put on a brand new pair of shoes? Or do you want somebody’s old clothes that they were about to throw out? How would it feel, having lost everything, to put on a brand new shirt? Or would you rather have someone’s that has their perfume or cologne scent, their pricking? It almost fits you but could be taken in or out just a little bit.

I bring this up not to discourage anyone. This is the very last thing I want! But because as the body of Christ, we have been given an INCREDIBLE opportunity to love well!! Let’s do it, friends! I know the old adage is, “One man’s trash is another man’s treasure.” But some of our sweet neighbors have lost EVERYTHING! Let’s treasure them enough to give treasures they can make their very own!

I love The Message version of the verse I referenced above:

I’m not going to offer God sacrifices that are no sacrifice.

What if that were our mentality in helping? Maybe then our help, like David’s sacrifice, would address the real need and bring real healing into dire situations like we’ve seen from Irma. Our good intentions are a start, but real help requires a thoughtful, intentional, sacrificial response. 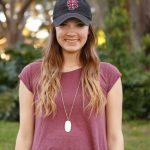 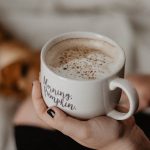 A few of my Favorite {FALL} things!

This touched me so much, I saw on the news last night a women who ha lost the whole bottom floor of her house and the whole family was living on the top floor with no electric or water while they pulled the whole first floor apart so they could rebuild and yet she and her kids were putting out all the good toys not touched by the hurricane so others could stop and pick up something for their children. They lost so much and were still sacrificing more for their community. It’s so easy for us to close our eyes and not think about it, when it didn’t happen to us. I try and give all the time, but this made me think if I’m giving sacrificially for God. Thank you so much for sharing this.

Very touching post I am sure at times my help has fallen short. So thank you for this. I pray I can keep this quote in the forefront of my mind: “I am not going to offer God sacrifices that are no sacrifice. ” Such moving words. that will help reveal our true hearts.